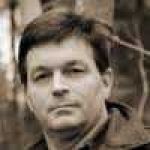 The most famous toothpaste in the world is definitely Colgate Total, but the researchers have unfortunately found that one of the chemicals it contains can lead to cancer and some other diseases.

The most famous toothpaste in the world is definitely Colgate Total, but the researchers have unfortunately found that one of the chemicals it contains can lead to cancer and some other diseases.
A harmful chemical is known as triclosan and is also a part of antiperspirants, deodorants, cleansers, and disinfectants as an anti-bacterial agent. Due to its antibacterial properties, it is used in facial tissues, antiseptics for wounds and detergents for laundry.

A study published in the journal Chemical Research and Tokicologists revealed that the chemical stimulates the growth of cancer cells. Many other studies have proven this and warned that triclosan can cause various other health problems.

Another risk of triclosan is that it can pass through the skin and disrupt the function of the hormone. But this is not all, another study published in the 2008 Environmental Health Perspectives, says,the scientist came to the conclusion that about 75% of people involved in the study had triclosan in the urine (2,517 people aged six or more ).

These and many other studies are the reason why the Canadian Medical Association has requested a ban on the use of products containing Triclosan.

According to Colgate, the chemicals they use are safe and, as their defense, they listed the process that led to its approval. That’s what Bloomberg said:

“However, a closer look at this reporting process reveals that some of the scientific findings Colgate put out to determine the safety of triclosan in the toothpaste was not black and white – and by this year they were not available to the public.”
These documents were hidden by the public from the FDA. We can say that these corporations and the FDA are almost the same thing and they all play a major role in government policy. What made them publish these documents is a lawsuit filed at the request of the Freedom of Information Act (ZOSPI). The FDA report is concerned that chemicals could cause cancer.

“The page sees that even with one of the toughest regulatory processes in the US – the approval of a new drug by the FDA – governments rely on science supported by the company to show that products are safe and effective. The recently published pages, along with new triclosan research, raise questions about whether the agency has done a proper depth analysis in [Colgate] approval for a total of 17 years, and whether its approval should stand in the light of new research, say three scientists who they checked the site at the request of Bloomberg Nes. “

But despite all the studies and studies that have been conducted, Colgate pretends to be all right and does not have a threat in the toothpaste, they said they did not intend to reformulate the toothpaste. After reading this, will you still trust them and continue to use their products? It is more than obvious that these corporations do not deal with the health of their clients and everything they are interested in is money. The same shareholders own both companies that distribute products such as these and pharmaceutical companies, which means that they are used for illness. But fortunately, with the help of social media, the public has more information and people are beginning to make better decisions.

Insharefurniture Guide to Care and Maintaining Your Rattan Outdoor Furniture